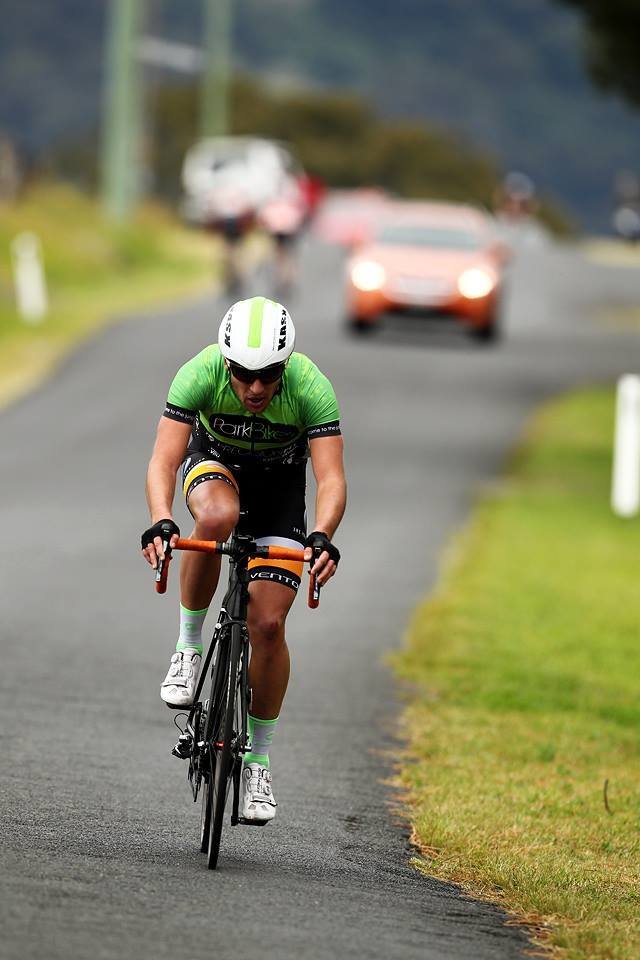 At 23 years of age, my love of cycling was just getting started when it came to a crashing halt on the slopes of Mt Rockley, Bathurst. Despite leaving a few scars, it’s provided a life lesson I would never take back, and the reason that I keep returning to this great event year after year to remind myself exactly why I ride my bike.

This weekend the Cycling NSW Autumn racing season swings into gear for 2017 with the annual Blayney to Bathurst Cyclo-Sportive. There is no doubt the B2B is always a fan favourite, and it’s elevation to UCI Gran-Fondo qualifier this year, is testament to that. A 70km or 110km course through the beautiful NSW Central Tablelands to choose from on Sunday, an elite racing category in the morning as well as a full schedule of hill-climb and criterium races on Saturday, it’s an event that offers a real challenge yet is inclusive of all riders, beginner to elite racer.

Unsurprisingly, it is a popular ‘maiden event’ for a lot of cyclists, an opportunity to broaden your horizons, try a new event or step up your distance marker to the next level. 5 years ago that was the case for me, now this event holds a different sort of significance in my life.

On 22nd April, 2012 I lined up for the B2B as a 23 year old, kick-starting what was hopefully going to be my first full season of road racing. Following a strong summer of training in Sydney, a 4-day Easter training camp with my mates in the Southern Highlands and having just recently been given a ‘gernsey’ with the Parramatta Development Race Team, I was jumping out of my skin in anticipation and ready to prove myself in this first big weekend of racing.

Like any young ‘fresher’, I wanted to do it all. I signed up for the full program: hill climb, criterium and the first edition of the ‘Extreme Challenge’ 160km Blayney to Bathurst cyclo-sportive (I take full responsibility for it being the last edition as well).

After naively ignoring the increasing signs of dehydration brought on by the weekend’s heavy load, I rapidly began to fatigue 130km into the race and on the steep slopes of Mt Rockley. The last thing I remember was watching the peloton ride away from me up the climb while each of my pedal strokes began to feel like a mountain on their own. Waking up in hospital 24 hours later, I slowly began piecing together the incident, though still in a heavily drug-induced state. Having limped over the top of the climb, I essentially ‘blacked out’ on the fast Mt Rockley descent, completely losing control of my bike and crashing heavily on my face and left side. The incident, supposedly first called in as a fatality, forced a complete redirection of the race route for the remainder of the day so that I could be air evacuated to Westmead Hospital. My family waited fearfully for the results of my CT scan to determine if I had any sight, head or spinal injuries.

Up until that point in my life it was fair to say that the power of good nurture had steadily and smoothly pushed me in the right direction. Good family, good friends, good schooling etc. In an instant though, I realised the brutal significance of my own actions and decisions in life. It wasn’t so much what had happened, but what could have happened. I know that I was lucky to escape with mainly cuts and grazes, crashing at high speed and not even being able to brace myself for impact. While I was completely overwhelmed with the level of support I received from my family, friends and the local cycling community, I was also hit pretty hard by how much I had let myself down, as well as everyone in my life who had worked so hard to get me this far. This incident had been all me, no one else to blame but myself. After that, cycling took a back seat and it was almost 2 years until I pinned a number on again.

“When I look back on it now, I feel as though I can see a clear change in attitude from that moment on.”

Maturity is taking more responsibility for your own actions and choosing a balanced path through life. Maturity is not relying just on nurture, but instead respecting and acknowledging those that have made a positive contribution to your life. Like the contribution of Diana Wong, Nash Kent, Simon Hammond and the whole PRT/GPM team, I will always be grateful for what they did for me that day. Or the contribution of the good people in the Westmead Hospital Plastic surgery department, who put my face back together again. Or the contribution of my family, who nursed me pretty heavily through those next few weeks. While it is sad to think of all the great times I could have had riding, and racing my bike over those next 2 years, the incident was probably the most positively influential experience of my adolescent life and has set me on a path to become a more balanced and mature person.

In 2014, I decided to give bike racing another go and set out to complete my pilgrimage to maturity by returning to the stage that had defeated me 2 years earlier. Having had a really good summer of training, I was fired up for the Bathurst event and ready to take on Mt Rockley again.

“And, it was almost the perfect comeback story!”

I rode a stronger, smarter race and got in the winning breakaway with a group of top riders, only to be caught by the chasing bunch in the final kilometre. I was momentarily disappointed as I crossed the finish line, thinking what a great feeling it would have been to deliver a result at this race, on this occasion. The reality though was that I had got the result that I wanted. The real battle that day had been with myself, and I had won it. For the other guys in that breakaway, it had probably been just another race, maybe better for some than others. For me though, it had been an almost cleansing experience, an opportunity to wash away any demons or self-doubt that I had lingering from before. I had still learnt a couple of hard lessons about bike racing, but I had learnt a lot more about myself.

Every year, I like to go back and do the B2B to remind myself of opportunity, responsibility and what a positive impact bike riding has had on my life. Hopefully I’ll see you there this weekend.

3 thoughts on “My Journey from B to B”